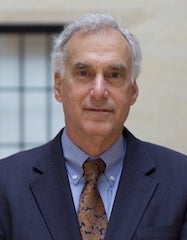 David Goldston became Director of the Massachusetts Institute of Technology (MIT) Washington Office in May, 2017. In that role, he directs MIT’s federal relations and helped develop policy projects on campus. He is also an Adjunct Professor at Georgetown University and teaches in the M.S. Program on Biomedical Science Policy & Advocacy.

Prior to his current position at MIT, he was the Director of Government Affairs at the Natural Resources Defense Council (NRDC), a leading environmental group, for eight years, where he helped shape NRDC’s federal political strategy, policies and communications. He came to NRDC after spending more than 20 years on Capitol Hill in Washington, working primarily on science policy and environmental policy. He was Chief of Staff of the House Committee on Science from 2001 through 2006. After retiring from government service, Goldston was a visiting lecturer at Princeton University’s Woodrow Wilson School of Public and International Affairs in 2007 and at the Harvard University Center for the Environment in 2008 and 2009. From 2007 through November 2009, he wrote a monthly column for Nature on science policy titled “Party of One.” Goldston also was the project director for the Bipartisan Policy Center report “Improving the Use of Science in Regulatory Policy,” which was released in August 2009. He authored a chapter in The Science of Science Policy: A Handbook (Stanford University Press, 2011). He is a member of the Advisory Committee of the National Academy of Sciences’ Division of Environment and Life Sciences and has served on numerous panels of the Academy and other science policy organizations. He holds a B.A. (1978) from Cornell University and completed the course work for a Ph.D. in American history at the University of Pennsylvania.